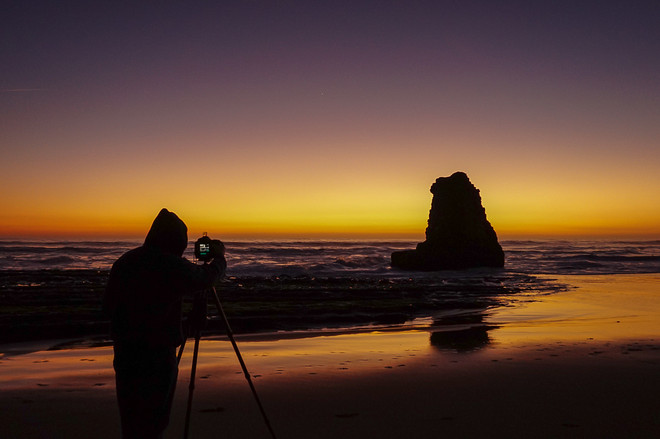 Ling-Kuo Lee is an award-winning fine art and visual storytelling photographer. He was born and raised in Taiwan and came to the US for a graduate program in Computer Science in 1983.  He worked for several high-tech companies in Silicon Valley for many years until he retired in 2008.

Ling-Kuo first became interested in photography when his sixth-grade science teacher taught them how to develop film in a lab class.  At that time, his father was also taking photos and used one of the small bathrooms in his house as a darkroom.  That was how Ling-Kuo learned to take photos and develop the film.

Even though Ling-Kuo started photography when he was a child, he never seriously pursued it until 2011, when he was inspired by friends to take it up again. He started taking classes on photography techniques and skills, and found that his lifelong interest in photography helped him immediately develop a keen photographic eye. In August 2012, he won his first award in a photography competition held by a local Chinese church.  In August 2013, he joined the Los Gatos-Saratoga Camera Club and started actively participating in the monthly photo competitions, and has since consistently earned awards throughout the years. At the end of 2014, one of his images won the “Image of the Year” award.  In 2015, he won an award in the California Ocean & Coastal Amateur Photography Contest. In 2016, one of his images was featured on NBC Bay Area’s OpenRoad show.

Ling-Kuo’s topic of interest when it comes to photography is broad. He does not like to limit himself to one or two subjects but rather chooses to photograph a variety of subjects to explore different techniques and skills.

When taking photos, Ling-Kuo looks for several key factors: Having a strong composition to create a visual impact, capturing a moment to tell a story, chasing the light and shadow to inspire emotion, and looking for bright and bold colors for harmony. To complete the creation of an image, he composes, processes, prints, mats, frames, and mounts his photographs.

In recent years, he has started to travel around the world to explore and photograph different cultures, scenes, and subjects.  Photography is always his passion and he will never stop learning and taking pictures.

Thank you for stopping by Ling-Kuo's website. Please feel free to browse his images in the Gallery and leave comments in his guest book. Your feedback is highly appreciated!